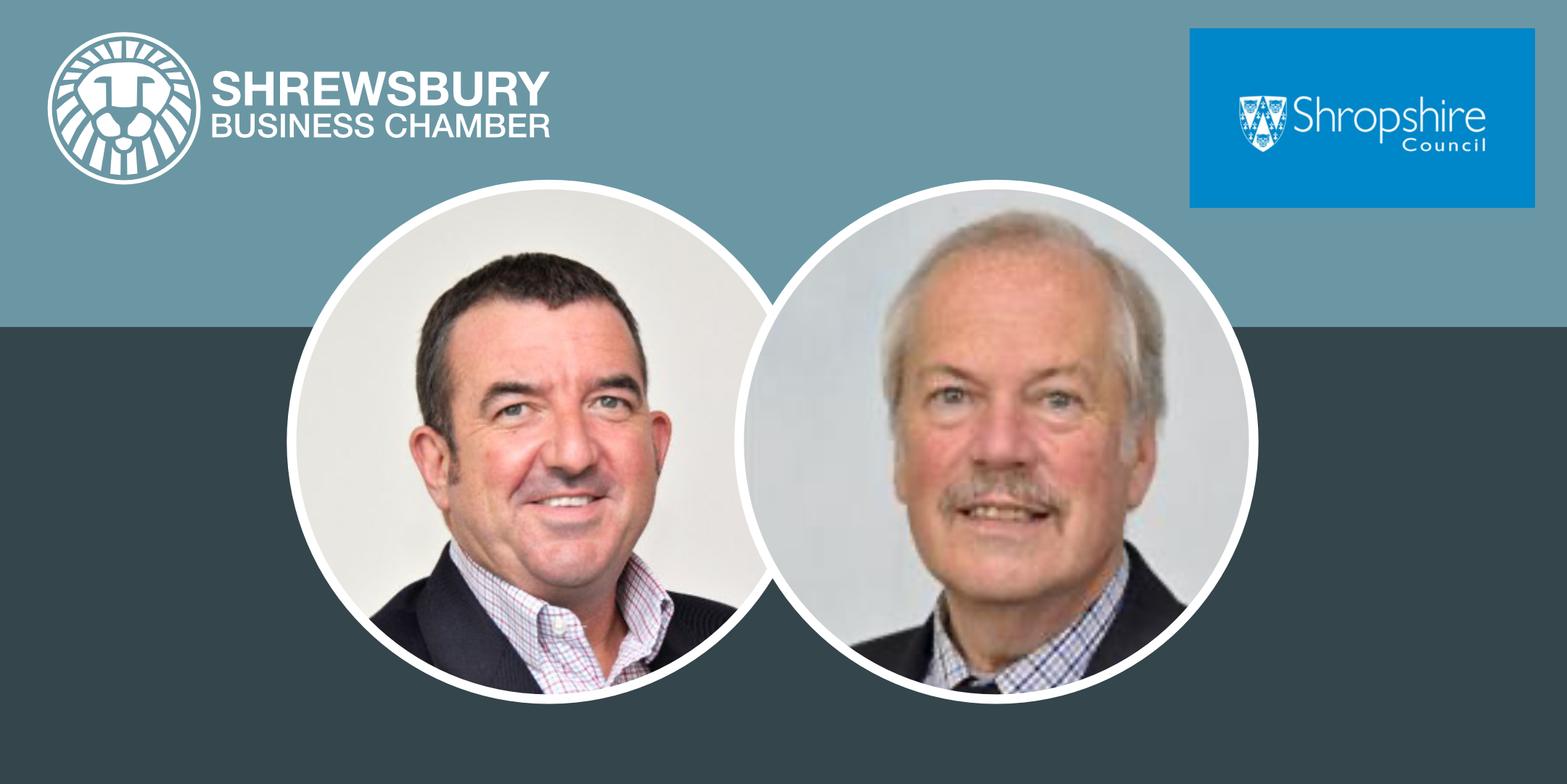 Shrewsbury Business Chamber members enjoyed a positive question and answer session with Shropshire Council on the 11th November. Council leader Peter Nutting and chief executive Andy Begley spoke about the challenges the organisation have faced this year from the flood response in February, to the logistical challenges presented by Covid-19.

The chief executive, who was appointed to his role in September described the interim period in charge as a “baptism of fire” where he has had to quickly redirect council resources to support those in need. The council processed over £100m worth of loans from central government that have been passed on to businesses across Shropshire helping them to survive an extended period of closure.

Mr Begley, who has been working for Shropshire Council since 2013 as executive director of adult social care, public health and housing spoke about where the organisation has room for improvement. “We are keen to change the public perception that the council is not in touch with the community” he explained. “Special thank you to Shrewsbury Shopping Centre manager Kevin Lockwood, who helped facilitate a walk-in shop in the Darwin centre in a very short space of time.” Shropshire Council have also made a new addition to their marketing communications team who will start with the organisation in the new year.

Mr Nutting outlined his vision for regenerating parts of the town, making reference to the big town plan that includes the Riverside Shopping Centre, Raven Meadows multi-story car park and a new Park and Ride site in Bowbrook, that will improve access to the town centre. The need for the North West Relief Road was also greatly discussed, alleviating traffic inside the loop of the river.

Both Peter and Andy spoke about how they aspire to make the county more attractive to people and businesses looking to move into the area and change the pattern of younger people leaving to find opportunities elsewhere. Attracting more small and medium enterprises such as IT based companies is a goal, but this hinges on improved broadband and mobile signals across the county.

When asked about the council’s biggest challenges over the next 12 months, Peter was concerned about their ability to continuously provide social services for everyone who needs them, whilst Andy was concerned about the potential increase of homelessness after funding from central government ceases. Over half of the council’s budget is allocated to providing social services including supporting children. Other concerns included a rise in unemployment, which depends on a number of factors including the worldwide search for an approved vaccine to Covid 19.

Supporting retail businesses in Shrewsbury over December was considered important, with many traders hoping government guidance will allow them to open from the 3rd December. There is a key message to shop local; follow the social distancing guidance and take advantage of the extended opening times that many businesses propose to run, which will help customers to shop in a safe and controlled environment.